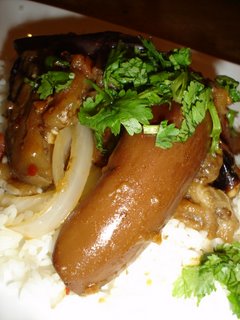 After a rare late day at work, I found myself stuck in sickeningly slow traffic that lengthened my commute three fold. Ever since the move to Phoenix, I have only explored surface streets and the remarks that follow are based on close observation of the same and are not affected by any predisposed misconception of desert folk (well, at least not too much).
See, I would be a little more understanding if I was stuck in back to back traffic that I've learnt to accept in Boston and Maryland, but no, there are miles and miles of practically empty sand banked road but grandpa (not literally, but he might as well be) in front of me moves at 20 mph in a 45 mph zone (this is probably East Indian conversion but to me, 45 equates to 65--very least). Now I don't know if its just me, but when I leave home for work, every microsecond counts-- the sooner I get from A to B the better. But here in Phoenix, it seems like people actually freaking ENJOY their commute!! I mean seriously, I will forgive the occasional goody-two-shoe driver but EVERYDAY I encounter at least 20 puritans. The worst is if you have 2 of them side by side-- grandpa Vs. grandpa. So thats what happened today, with the added complexity of the roads actually being crowded (in surface street standards that means you see 5 cars within a radius of 200 feet), with these commute-happy drivers cruising below speed limit for no apparent reason.
Finally get home and just begin to unwind when mother-in-law calls enquiring about my nagging toothache. Of course she has to ask what I'd made for dinner and lucky for me today I had a valid excuse, told her we were going to the gym and would probably grab something after. She seemed satisfied with that. All would have been fine if Selvin didnt tell me, after I hung up of course, that he' d told his mother about the delicious dinner he'd prepared when I was down after a root canal, just 2 days ago. Now of course, I felt like a slacker wife. To make things worse, after our work out my man wants to pull into a Wendy's drive thru because he said we didnt have any groceries at home, yeah he was right but given the events prior there was no way we would eat anything except something, anything I made. So we got home and I finalized on the only veggie that still looked semi edible. Chinese Eggplant-- the elongated, narrow kind. And this is what I did for a 15 minute stir fry with House of Tsang's Saigon stir fry sauce. Warm white rice was a great side.

Slice the eggplants into halves *lengthwise* and then into 1 inch long pieces.
Pour sesame seed oil into a nonstick saucepan. Add chopped garlic and fry for a few seconds to impart flavor. Add eggplants and fry on medium-high heat till soft but not mushy (around 3 mins), you may have to cook covered for 2 mins. Add onions and tomatoes and stir a few times being careful not to mash eggplant. Now add the sauce, toss around for a minute or so. Serve garnished with cilantro.

**Just looking at the ingredients on the label I think this can easily substituted with a little sugar mixed with dark soy sauce, garlic powder, chopped cilantro, crushed red peppers, dried anchovies crushed to a powder.
Posted by Veena at 10:53 PM